Innovation drives productivity and competitiveness and that’s why it is vital, Federal Minister for Industry, Innovation and Science, the Hon. Greg Hunt has told CEDA’s State of the Nation conference. 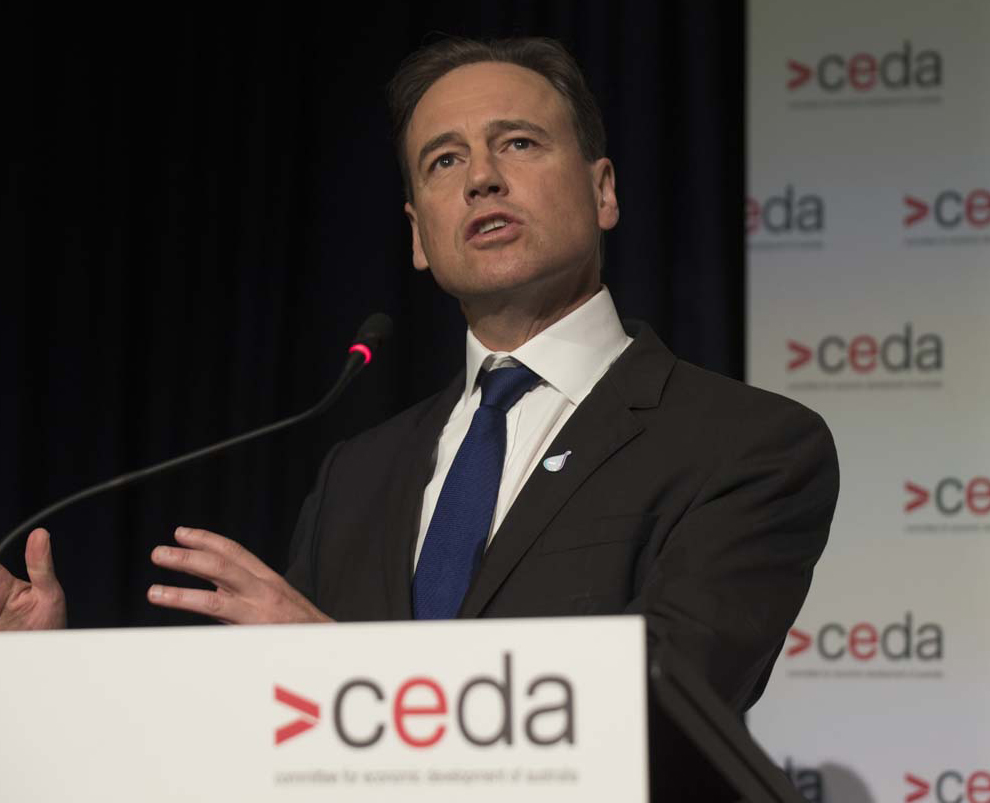 “When we talk about innovation it’s (often) new businesses, because you’ve seen almost one and half million jobs being created in new business, or businesses scaling up from being nought to 25 people up to being well north of 100 people over a five-year period.

“It is an incredibly important driver of our economy. But (innovation) it is also about existing businesses.

“I met all three of the CEOs of the Australian car manufacturing industry as it leaves the country... and we talked about the ‘why’ – and basically they said in a fragmented market we weren’t world class competitive. That’s the absolute heart of what we have to look at.

“If you are investing capital either in a small business or if you are part of a global firm, you’ll only have capital allocated if they believe our Australian operations will be world class competitive.

“In the end, nothing can hide from that ineluctable law of economics, you just have to be competitive.

“Our job as a government… is to help create the conditions by which Australian firms will have the best shot at being world class competitive.”

Mr Hunt said being more competitive in the business tax environment was one area government could help.

“Both of these are simply about a level playing field,” he said.

The third area government could help was around free trade agreements, he said.

“The next wave of trade agreements (for Australia) include Europe and the Middle East, the UK and also India and Indonesia,” he said.

“At a moment when the world is pausing on free trade… we are trying to push ahead because we think there is actually a comparative advantage for Australia by pushing ahead.”

Watch State of the Nation 2016 videos.

CEDA CEO Melinda Cilento spoke with NBN Co. CEO Stephen Rue to understand how the NBN is dealing with the increased usage during the COVID-19 crisis.

Perth to become a science and innovation hub

“Australia produces about three to four per cent of the new knowledge generated annually around the world, from a population that’s only 0.3 per cent of the world’s total,” Western Australia Chief Scientist, Professor Peter Klinken told a CEDA audience.