Due to NSW's COVID outbreak, Copland in Sydney will now run across March and April.

Will Donald emulate Adolf and Abe on the economy?

Before the US Presidential election Wall Street feared Donald Trump because he was against foreign trade agreements, wanted to tighten immigration requirements and was hostile to US companies offshoring their production.

Following the election Wall Street enjoyed an amazing nine per cent share rally based on a belief that Trump will be the most pro-business President since Ronald Reagan, thanks to his promises of corporate and individual tax cuts, energy and financial deregulation and higher infrastructure and military spending.

Yet unlike Reagan, who was Governor of California, Trump has never held public office. Also the economic circumstances are different. Trump has been elected late in a secular bull market whereas Reagan took office at the start of such a cycle. 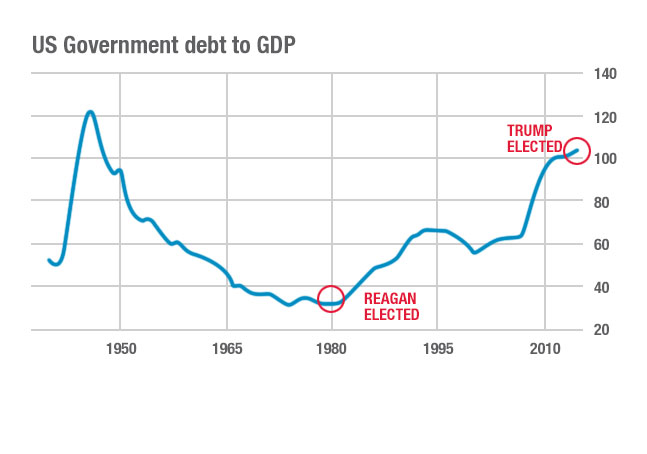 History would suggest that the outlook for both US shares and bonds is dismal unless Trump can ramp up profits and keep a lid on inflation. Also the US is overdue for a recession based on its average economic cycle.

The odds are stacked against Trump overseeing higher share and bond prices in his first term because the interest rate compression of the last thirty five years is over and with it the free kick to asset values. But for the moment markets think Trump is the Messiah who will “make America great again”.

Both the International Monetary Fund (IMF) and Organisation for Economic Cooperation and Development (OECD) say that monetary policy is largely exhausted so fiscal policy should now be used to ramp up economic growth held back by the triple Ds of high debt, ageing demographics and disruptive digitisation (including robotics).

That means government finance ministers must replace central bank governors as the ringmasters of the economy. Government’s should increase spending and give tax relief to boost economic activity since central banks have cut interest rates as far as they can.

Trump faces the same dilemma if he drastically cuts taxes and provides generous incentives for private infrastructure and pays for it with borrowings. Even if he convinces the economic dries in Congress to permit a large budget deficit to fund his electoral promises, the Federal Reserve could snuff out any stimulatory effect by jacking up interest rates thereby further strengthening the US dollar and undermining industry competitiveness. That would be especially true if the Fed Chair Janet Yellen’s replacement in February 2018 is a monetary hawk.

So how might Trump achieve his promise to “make America great again” without causing cash and bond yields to rise in response to higher government borrowings? It’s too early to know, but one possibility is that he adopts a course that Adolf Hitler successfully used to revive the German economy during the great depression of the 1930s.

The Third Reich initially funded major capital works and military rearmament by paying contractors with debentures issued by the Reich Finance Ministry, but it then switched to using promissory notes issued by a privately owned limited liability company, referred to as Mefo notes. In both cases contractors accepted the securities because they were convertible into the currency, the Reichsmark by the central bank, the Reichsbank. By 1939, there were 12 billion Reichsmark of Mefo notes, compared to 19 billion of normal government bonds.

Nick Whitlam’s latest book, Four Weeks One Summer, when it all went wrong, recounts the public’s adulation of Hitler at the 1936 Berlin Olympics which marked Germany’s return to being a superpower. That was made possible by MEFO notes.

To get around government debt limits Trump may issue equity for example share certificates against public works and instruct the Federal Reserve to buy them. That’s not permissible at present, though Janet Yellen has intimated that the Fed should be given the authority to buy stocks in a recession.

Government shares unlike bonds would not pay interest nor add to public debt which is important because the US public debt-to-GDP ratio is now a staggering 105 per cent compared to 31 per cent when Reagan was elected. 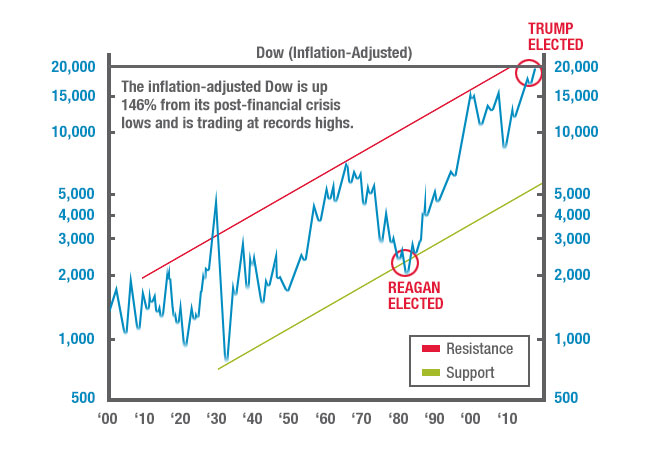 Government shares would only pay dividends to the Fed if the public works they funded generated earnings, which for social infrastructure such as public schools, hospitals and prisons would be nil. That would not matter since the Fed does not need the income.

Sound crazy? Sure does, but so did Quantitative Easing (QE) when it started because it was tantamount to the Fed printing money to buy government and other securities mainly from banks. The banks in turn used the proceeds to lend for asset speculation because most businesses refused to borrow for new plant and equipment.

Funding much needed infrastructure through government share issuance to the Fed would have an economic spinoff without adding to the US Government’s already excessive debt. As such it would be less onerous to the US Treasury than issuing more bills and bonds.

Of course Trump could not credit Hitler with this brainwave. Instead he would say he was drawing on the concept of Greenbacks used by Abraham Lincoln to fund the American Civil War. Greenbacks were unbacked Treasury Notes (without a coupon) issued as legal tender.

Normally a national Ponzi scheme such as this would be inflationary, but if the developed world is in a deflationary trap because of high debt, an ageing population, a shrinking workforce and low productivity gains, then weak aggregate demand may need to be bolstered by a large infrastructure spending funded by government share certificates which are redeemable by the central bank rather than borrowings which add to government debt.

The IMF recently published data showing global private and public debt as a proportion of world GDP had increased from a peak of 200 per cent just before the GFC to 226 per cent now. Instead of deleveraging after the debt crisis of 2008 the world has gone further into hock.

As for the USA its total debt to GDP ratio is now 332 per cent which is much higher than for the rest of the world. In the early 1950s, America’s total debt was less than 130 per cent of its national output. Strong credit creation by banks that fueled post-war growth may now be exhausted.

Janet Yellen and her fellow Governors at the Fed, obviously disagree. They think the US economy is steadily recovering without the need for a Trump fiscal stimulus, which is why they recently foreshadowed three further rate rises for 2017 instead of just two.

But Trump does not accept that America will revive of its own accord so is unlikely to sit on his hands. Don’t be surprised if Trump embarks on a nation building program and uses government share capital as Lincoln and Hitler did given his views on debt funding as outlined during the Presidential campaign:

The Tea Party wing of the Republican Party is dead set against increasing the government’s debt limit, notwithstanding that Ronald Reagan managed to do so. Only a sleight of hand would allow Trump to increase spending, cut taxes, blow out the deficit and still claim that the government’s debt had been contained.

See all articles
Percy Allan joined the NSW Treasury in 1976 and after a stint as senior policy adviser to both the state Treasurer and Premier, went on to become Secretary of the Treasury and Chairman of NSW TCorp between 1985 and 1994. He then joined Boral as finance director and from 1997 has chaired boards and operated a public finance consulting practice. He’s also a visiting professor at Macquarie University and was awarded the Order of Australia (AM) in 1996 for his leadership role in reforming the public finances of NSW.

The house price fall we had to have

With house price falling and auction clearance rates as low as those seen in the GFC, there is some concern of an impending house price collapse. But according to Chris Richardson and Alex Hooper of Deloitte Access Economics, the drop in house prices against the backdrop of a strong economy is good news.

Australia must do more to address entrenched disadvantage: Professor the Hon. Stephen Martin

Despite Australia's low unemployment rate and record levels of workforce participation, there are a significant number of communities in Australia experiencing entrenched disadvantage. To coincide with the launch of CEDA's first research report for 2015, Professor the Hon. Stephen Martin discusses how and why Australia should do more.
Read more Opinion article February 13, 2015

Economic reform as a result of crisis is not what we need: Professor the Hon. Stephen Martin