In 2011, according to the IMD's World Competitiveness Yearbook, Australia's competitiveness was ranked 9, down four spots from it's 2010 ranking of 5.

Increased labour costs on the back of the mining boom and natural disasters, coupled with other countries recovering from the Global Financial Crisis, have all contributed to Australia slipping to ninth place in global competitiveness according to the latest survey of 59 countries released today. 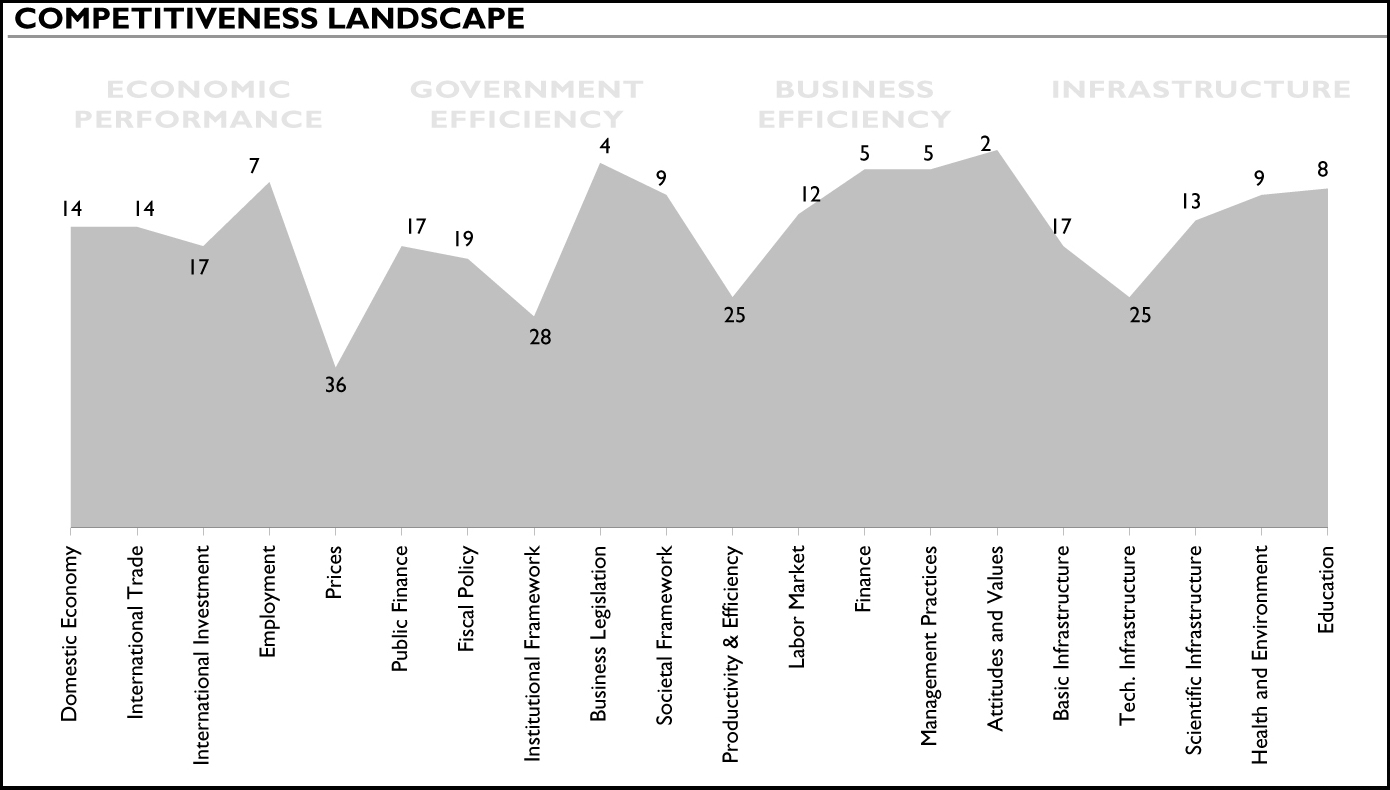 CEDA Chief Executive Stephen Martin said the drop from fifth place last year to ninth was due to a range of factors but overall Australia was still performing well.

“There is no one issue that has been the key driver in this drop. It has been a combination of factors ranging from higher labour costs on the back of the mining boom, policy uncertainty such as the carbon tax, natural disasters and the high Australian dollar,” Professor Martin said.

“At the same time as these issues have been impacting Australia, other countries that were harder hit by the GFC are starting to recover.

“Australia did extremely well to avoid being significantly affected by the GFC, which saw us jump several places in the last three years in global competitiveness, but now we are seeing this jump balance out.

“Other countries are recovering and through this recovery period government spending remains at extremely high levels, particularly in parts of Europe. While in Australia, where the impact was less severe, government has been able to start paring back spending.”

Professor Martin said two areas of concern were the high cost of operating in Australia and the perceived lack of research and development.

“A tightening in the labour market due to the mining boom is one of the contributing factors to higher operating costs and one we should be addressing,” he said.

“While there were some changes announced in the Federal Budget this month on skilled migration, this is unlikely to be enough.

“Population and migration are issues that must remain on the agenda because a competitive labour market is vital for the long-term health of our economy and effective planning processes are needed at a Federal, State and local level.

“On research and development, Australia is perceived as having high levels of education, but it is important that we invest and use these skills to develop new technology and practices because innovation will ultimately help keep us competitive with other countries and our economy strong.”

Professor Martin said the other notable jump in key indicators was in the cost of living.

“The impact of natural disasters on food prices, such as the Queensland floods which resulted in a significant loss of crops, and the higher cost of doing business in Australia which is then passed down the chain to consumers, along with housing shortages including high rental demand are contributing factors,” he said.

Internationally, surprisingly the USA pushed back to the top spot, joined by Hong Kong, for the first time resulting in a tie for first place. They were followed by Singapore and Sweden for the top rankings.

About the World Competitiveness Yearbook

The yearbook provides international rankings for a number of countries and their ability to sustain competitive businesses. Its rankings and detailed country-by-country data are used by businesses and governments around the world to attract business investment.

The release of the TPP Agreement explained follows the February 2016 signing of the proposed agreement. The paper discusses the pros and cons of the free trade agreement, the likelihood the agreement will be ratified, and what Australian's can expect to see from here.

The case for greater engagement with the world's fastest growing economy.