A proven track record, delivering on the issues that matter for more than 60 years.

Formed in 1960 by one of Australia's foremost economists, Sir Douglas Copland, CEDA's purpose was to harness the ideas and influence of leading thinkers from business, government, community and academia.

The concept for CEDA was based on US think tank the Committee for Economic Development. The CED was formed in 1942 to deal with the problem of anticipated unemployment after World War II and was influential in shaping the Marshall Plan and the post-war monetary system. Today, the CED is part of CEDA's international network of counterparts.

From the start, CEDA was independent and not restricted by vested interests or political persuasion. Our purpose remains unchanged. 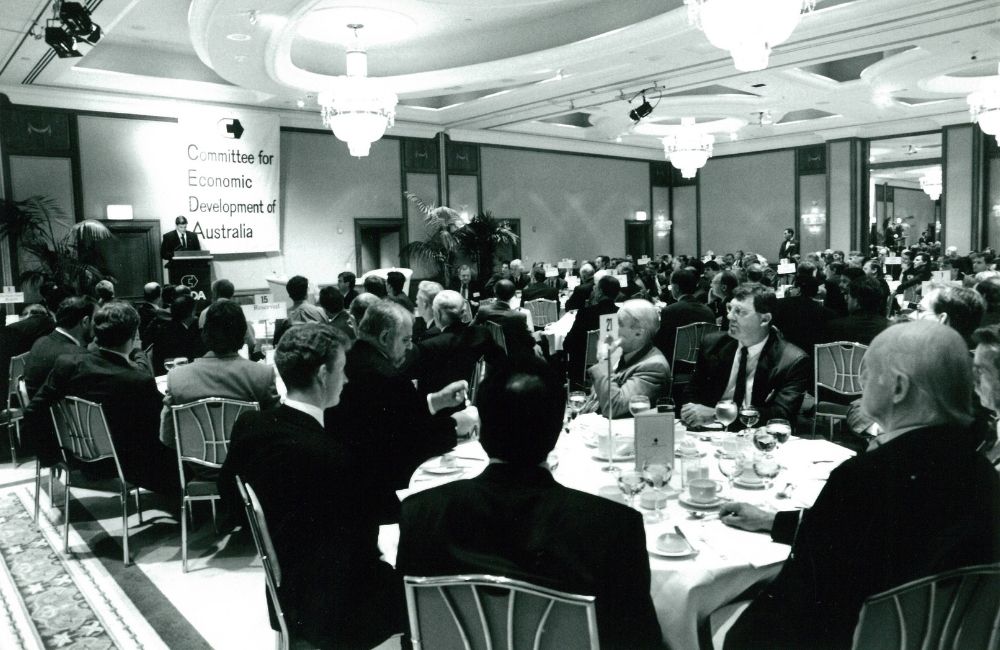 Since its inception, CEDA has produced more than 3000 publications, research reports and articles, highlighting emerging issues and directions in a diverse range of policy areas such as taxation, energy, industrial relations and healthcare.

CEDA's founder, Sir Douglas Copland, was a leading figure in the development and growth of the economics profession in Australia.

He led the creation of the famous Premiers' Plan - the document, admired by John Maynard Keynes among others, that set Australia's economic management during the Great Depression and made Copland a household name.

The inspiration for CEDA

Copland's ambitions for Australia led him to establish CEDA. He had previously shown his faith in an independent Australia in the 1930s, urging the Australian pound be separated from the British sterling. 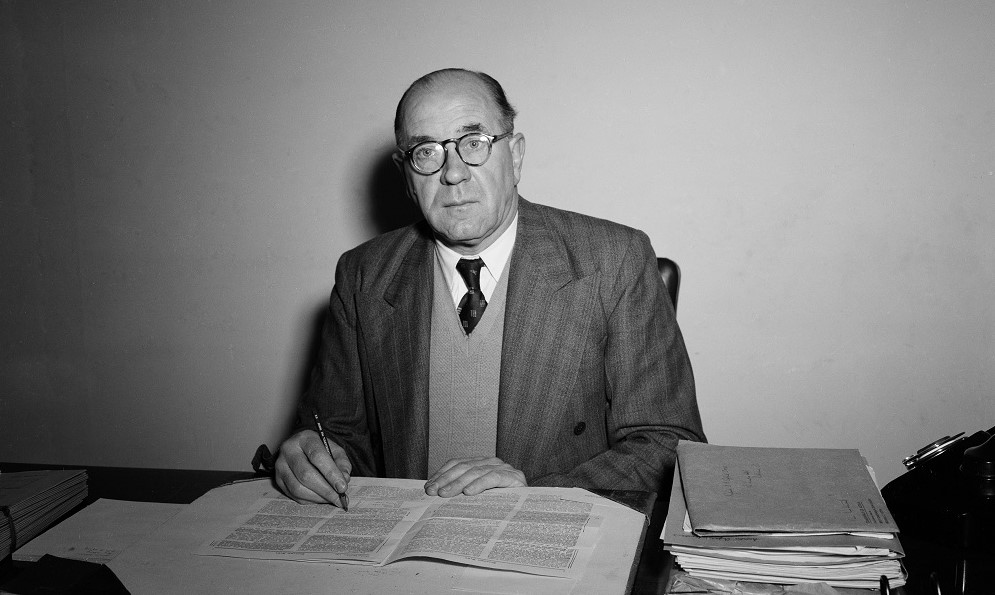 In the 1950s, he famously voiced the fear that Australia was "a milk bar economy" - an economy set on consumption at the expense of capital goods and productive inputs. CEDA began as his attempt to set out a different economic future.

Copland was one of the founders of economics as a university discipline in Australia, setting up two Australian university economics faculties.

From 1917 to 1920, he lectured in history and economics at the University of Tasmania and became Professor of Economics until 1934.

In 1934, Copland became the Sidney Myer Professor of Commerce and Dean of the faculty of Commerce at the University of Melbourne until 1944. From 1938 to 1945, he chaired the State Economic Committee for Victoria.

At the same time, he was appointed Commonwealth Prices Commissioner from 1939 to 1945. He held the Chair of Economics at Melbourne from 1944 to 1945, before becoming Australian Minister to China. In 1948, he became the founding Vice-Chancellor of the Australian National University.

He served several Australian governments, the United Nations and the world's peak labour organisation, and maintained a constant interest in business issues. One leading businessman dubbed him the "Keynes of the Commonwealth".

He was also Editor-in-Chief of Economic Record, the journal of the Economic Society of Australia and New Zealand, for 20 years. In 1961, he became the first Director-General of the International Institute for Labour Studies, a research body sponsored by the International Labour Organisation.

Dr Alex Millmow's paper, DB Copland and the Aftershocks of the Premiers' Plan 1931-1939, is available to download. Many thanks to Dr Millmow for making the paper available.

The Legacy of Sir Douglas Copland, Founder of CEDA

Released to coincide with our 50th anniversary, CEDA: Celebrating 50 Years, provides a unique portrait of the people and ideas that have shaped independent public policy in Australia.

Sir Douglas Copland is the best-known figure in CEDA's history, but the organisation was shaped by a series of exceptional leaders and experts.

Peter Grey was the Chief Executive for 30 years and was a moving force in CEDA. Joining CEDA as director of research in the late 1960s, he led the organisation through the 1970s and 1980s, and into the 1990s.

In a speech to mark CEDA's 25th anniversary, the then Prime Minister, Bob Hawke, referred to "that quick mind, the generous spirit and the fascinating character which is Peter... Peter Grey has done us all a great service bringing together opinion makers, businessmen, academics, journalists, trade unionists and others in our community to debate the issues which have, and continue to be, important to our nation." Peter Grey retired in 1995.

Released to coincide with our 50th anniversary, CEDA: Celebrating 50 Years, provides a unique portrait of the people and ideas that have shaped independent public policy in Australia.

The History of CEDA